Overwintering Lettuce for market or for seed.

We didn't get any lettuce seed last year, mostly because we lost the plastic off the tunnel the year before, and didn't over-winter it. So, it was sown in the spring, flowered during the soggy season, and succumbed to fungus. 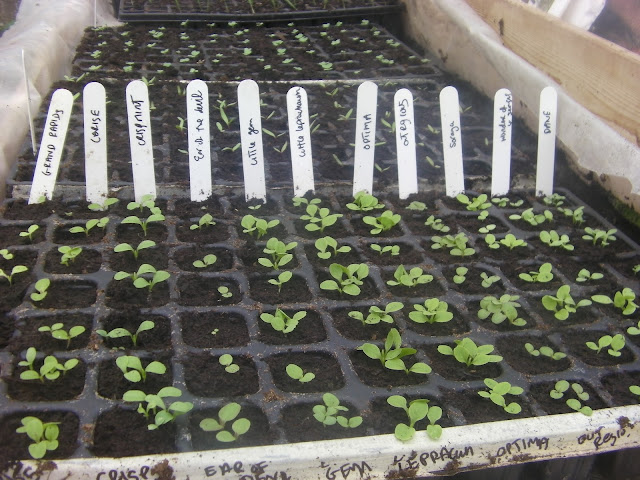 Last September I sowed again. Its a good time tow sow lettuce, because you can plant out in a polytunnel as the tomatoes are cleared out, and have a fine early crop from February to April. Then you can start again with the tomatoes and cucumbers. The seedlings were planted out in October. 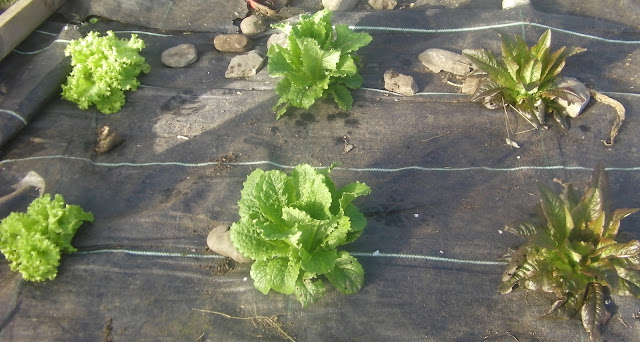 At end of January they were looking pretty good, partly because the weather was pretty mild. These three are Grand Rapids, Crispmint and Ear of the Devil. 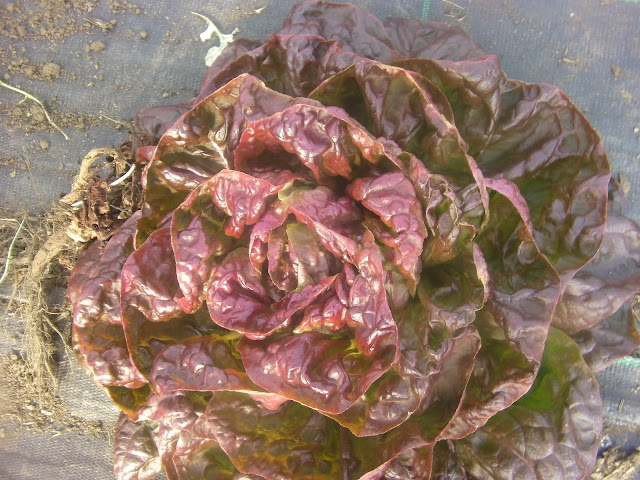 The Wonder of Four Season, below, were ready to cut during February and already gone over by the end of March, when this picture was taken. 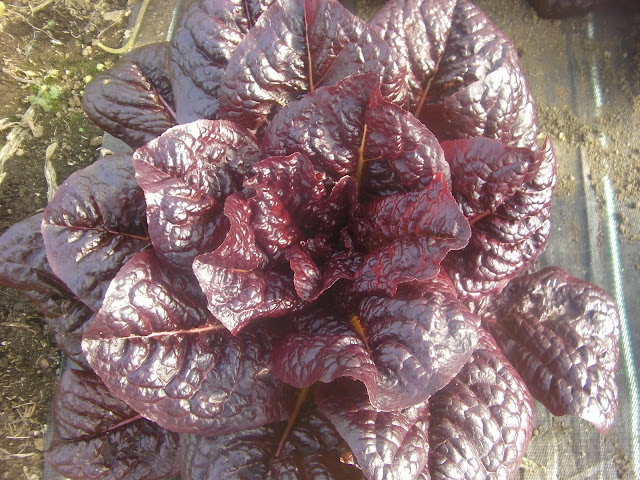 The Outregious produced the biggest heads of loose leaves that would have been great in salad bags.  Outregious was bred by Frank Morton of Wild Garden Seeds. 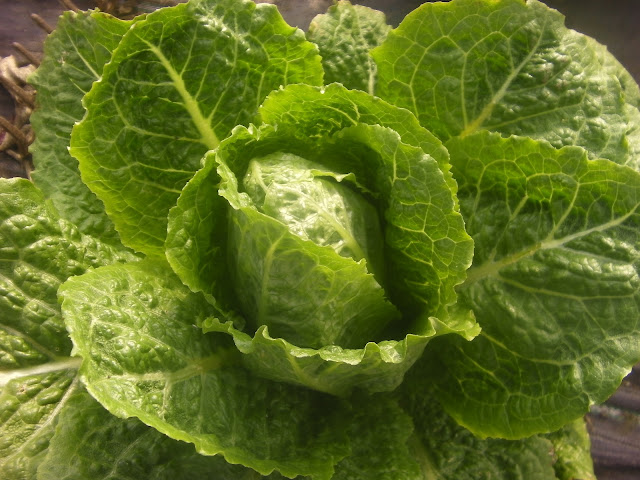 The Crispmint heads are beautiful now and would probably sell well so long as people recognised them as lettuce. 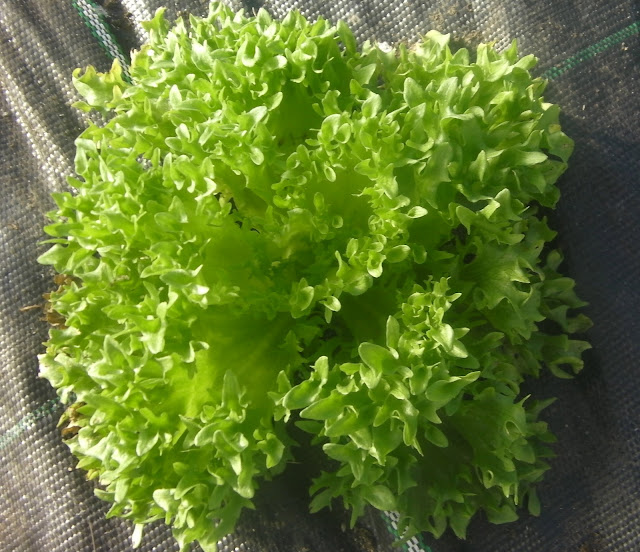 The lettuce below is a baby leaf lettuce called Dane, which I am trying for the first time. I got it in America last year. It has unusual frilly, icebergy kind of leaves that would add a bit of texture to a salad. 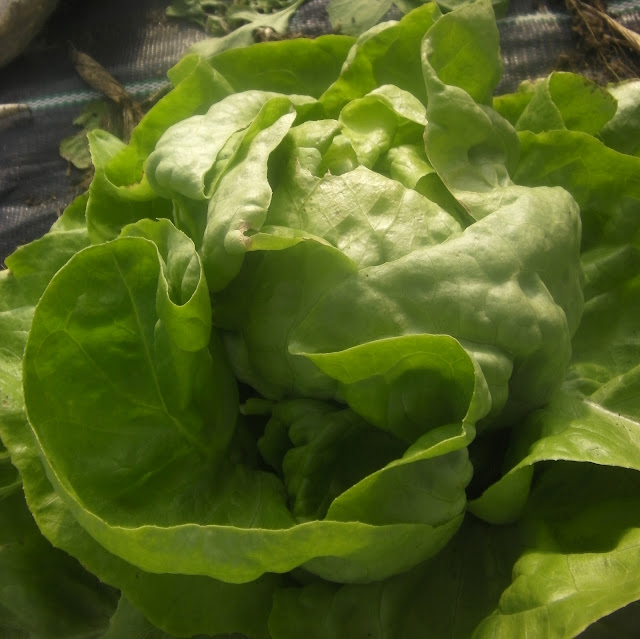 Soraya is a butter-head lettuce that I have had for years and kept because it has a lot of disease resistance and successfully produces seed. 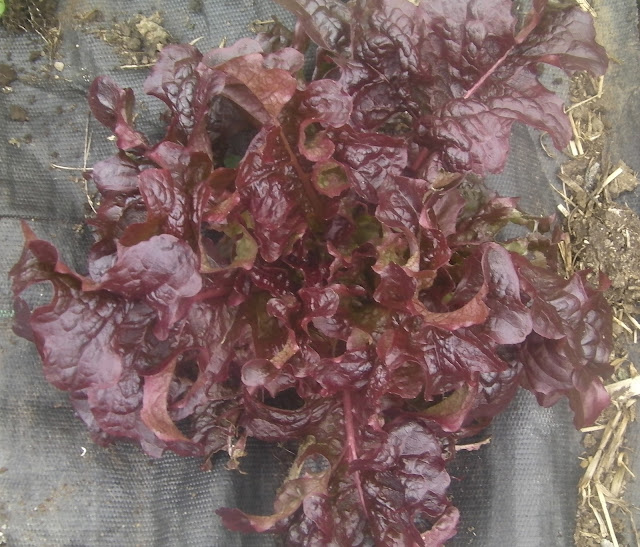 Likewise, Cerise, a red salad bowl type lettuce reliably produces seed and is a productive lettuce for the home garden, its not much good for the market as it wilts quickly. 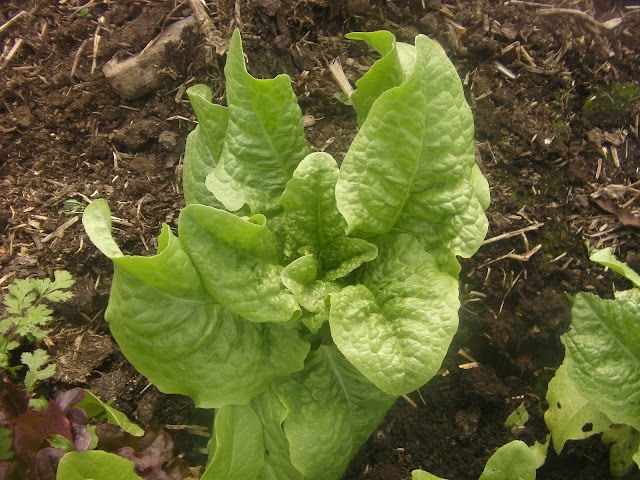 Angustana is a stem lettuce, I haven't really got around to eating the stems. If they get to that stage I usually leave them to seed but maybe I should try this time. The leaves are good to eat too, and this one is a bit small because I raided it for leaves.

For some reason most of the Optimas and Little Gems died,  I have never had much success with them for seed, unfortunately, because I love Little Gem and so do many of my customers. Optima is an unusually fleshy leaved butter-head, with really dark green leaves, that I have tried to get seeds of several times and failed. I didn't take a picture of the Little Leprachaun or the Ear of the Devil lettuces, maybe another day.

Posted by Madeline McKeever at 12:32 AM