When Valentine's Day Crops Up

I really want to write about The Organic Seed Alliance conference as Mum I are here now and we’re so full of ideas and excitement, but i don’t feel like it’s romantic enough for the month that’s in it. So, instead, I’m going to do a Valentine's day special. I’ll get back to the real seedy business next week. Time. I should probably say next time. I couldn't possibly commit to a blog a week (everyone on Facebook is getting married and having babies and I can't commit to a blog a week. Sigh).

Once upon a fairly embarrassing time, I started seeing a nice local lad. You know West Cork lads, fierce West Cork, I don’t know how else to explain it. It was all going well, for a West Cork type (I wonder if I could somehow insert “West Cork” into every sentence, it looks like it), he took me on quite impressive dates; a play, a gig, dinner, you know, not like driving around Skibbereen in a Honda Civic pulling up next to other similar cars at petrol stations.
I had and still have the distinct feeling that dating has lost all of its fun. It’s all: “don’t text him until three days after you see him” and “talk to her friend and ignore her”. Basically, if you like them at all, act like you don’t (of course)! That will provoke feelings of insecurity and encourage them to feel bad about themselves and then they might consider being with you. Even when I speak to my male friends about crushes, the advice I get is, in short, to act like I don’t like them. I don’t want to partake in that. So in this particular instance, in an attempt to make it all fun and more “yes, I do like you” (I really liked him), and what with it being Valentine’s day and all, I decided to buy him a present, a fun one. So I got a puzzle specially made which said:

“Roses are red,
violets are blue,
some poems rhyme,
others don’t."
That’s also exactly how it looked (I’m not very creative, thankfully my flare for poetry counteracts that quite well I think), so in the end, the hardest puzzle ever. about 100 pieces, all white with some black lines on it. I broke it all up, popped it into an envelope and dropped it into his work place.
It went down okay really, after a hard time putting it together, he kind of awkwardly bought me gin or something as a gift back. Nothing too exciting, but fun all the same. In saying that, it didn’t seem to change the nature of the dynamic that much. It was one of those situations where I wouldn’t hear from him very much, vague plans to meet that didn’t happen, you know the way. So once again, I tried a light hearted approach. At this point I could hazard a guess that he wasn’t that interested but figured he was too West Cork to tell me that (for anyone that doesn’t know a West Cork lad, they don’t often posses free flowing, open communication skills). So I thought I’d give him the opportunity to say it in a way that could have been quite lighthearted and inoffensive. I sent a message, a to do list, that went something like this:

Wednesdays to do list:
Buy easter eggs
Briquettes
Fenugreek seed
Razor
Find someone else to go on dates with
Put a wash on

At this point I was more or less done, who doesn’t want to date someone that’s a bit more proactive about you than drunken texts and vague plans that don’t happen. But he seemed a bit more proactive after that, texting a bit more and..., oh okay, now that I think about it, nothing else. In hindsight, a few texts isn’t exactly ground breaking is it. I suppose it was wishful thinking, I had the biggest crush on this guy. So I thought, I know, I won’t engage in vague annoying messaging, I’ll get him an easter present instead! I realise I’m going off topic, we’re now on to easter now but it all swings back.

So, I got a chocolate Lindt bunny, you know the ones? They’re wrapped in gold tinfoil and they have a nice red scarf on with a little bell hanging off it. I then got a nail, heated it, and made a hole in the bunnies neck behind the scarf. I know, proper bunny boiler stuff. I then put a note, through the hole, into the bunny, which said.

“Actually, maybe I don’t want to go on a date with somebunny else”

So in a state of embarrassment I was like, “I better go out tonight so I’m not all like wondering if he got it, why isn’t he texting me”, all that. So off I went, to distract myself. Of course he was there (he’s never there, this was really unlucky). Don’t worry, as I’m sure you’ve gathered I would, I played it cool as a cucumber. So we were having a bit of a chat in the bar and I was like “did you get my present?”. He was like “The rabbit? I thought it was from you but there was no note”. I told him the note was in the rabbit, and he looked quite shocked. But it turns out, he was ever so slightly more shocked than the average man with a bunny boiler on his hands because he had, having not found the note, assumed it was a gift from a weird customer and re-gifted the rabbit (mortified altogether at this point). Yes, he re-gifted it, to his friend's Mum. You might think this is where the story starts to go somewhere or climax but no, thats where it ends. Him and his friend hassled us for the night to try and find out what was in the rabbit. Of course my friends said it was a naked picture for a while. We didn’t tell them and then he stopped talking to me altogether. In fact, if he hasn't read this, he still doesn’t know what the note said. So yeah, unless he’s been having a torrid affair with his friend’s Mum ever since, that was that.

Ye’re like Holly, where is this going, you’ve just mortified yourself. Well Valentine's inspired puns and gifts, that’s where. I just wanted to share, with you all, my inspiration. Crikey, this just started to sound like an acceptance speech for some sort of an award, to clarify, I’ve sold on overall of about, drum roll, five cards. But to take you back to my first blog, I moved home in May to work with my lovely mum, we produce Irish, organic vegetable seeds and people seem to like our gift boxes, so smaller gifts seemed like a nice addition as well as a way for me to home my romantic, Valentine’s inspired genius in on more rewarding things.  Like selling FIVE cards. In addition, this is an attempt to remind myself that romance can be fun (at least, occasionally, in really mitigating circumstances, If you’re outside of West Cork and a lesbian). In a weird world where “The Game” is a best seller, it doesn’t often feel like it.

Sow, let’s all act like we distinctly dislike the person we like this Valentine’s day, OR,  lettuce all tell someone we like, THAT WE LIKE THEM. I know, revolutionary! and if, for some weird reason you want to say it with seeds, now you can. I sense that my story isn’t exactly inspirational and that there’s an argument there that says something about reverse psychology that goes something like “Yeah Holly, that makes sense but we all want what we can’t have at the end of the day, it’s just human.” But that kind of depends doesn’t it? For example, if I want chocolate, it doesn’t matter if someone is letting on that I’m not going to get any or if it’s just there, available on a table, being forced on me by someone’s Granny or something. I still want it because I like it. And like, realistically, if someone doesn’t fancy you as much as they do a piece of chocolate, you’re potentially better off without that.
No to drunken texts and all that annoying dating stuff and hello to fun and flirting and liking each other, that’s what I say. So, here they are. A card and a relevant packet of seeds is €4.99 and can be purchased on our website here. Here is a poem I wrote, as a sort of introduction.

P.S. According to wikipedia, the author of The Game got dumped for Robbie Williams.

Words can’t describe my feelings for you
so these seeds will have to do.

When Valentine’s day crops up
I barley know how to turnip. So,

because you make my heart beet, I thought I’d try something a bit corny
but sweet

I’ve bean thinking you might squash my dream
so peas!

That words can’t describe my feelings for you
so I hope these seeds will do. 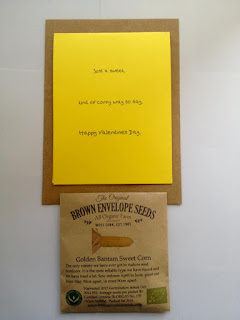 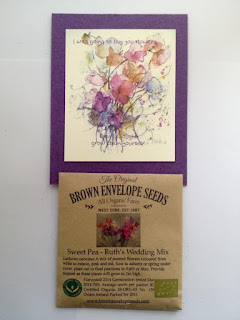 "I was going to buy you flowers, then I thought, grow them yourself." and a packet of Sweet Pea seed 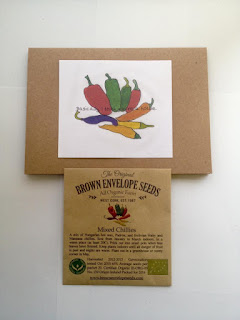 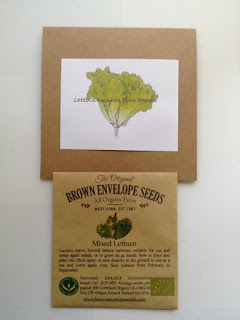 "Lettuce be more than friends" and a packet of mixed lettuce seed
Posted by Madeline McKeever at 10:21 PM 2 comments: