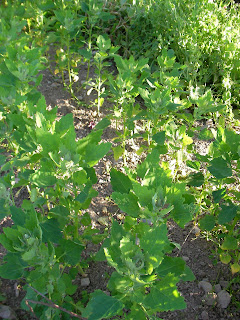 I really enjoyed reading 'A Year in Search of Seeds and Hope' written by Adam Forbes who has just spent a year traveling around the world. His photos of quinoa fields inspired me to sow some quinoa this year. I grew a few plants last year. The variety was Temuco which I got from Real Seeds in Wales. They said it could cope better than other varieties with having wet heads close to harvest.
It is growing away nicely.
Posted by Madeline McKeever at 5:19 AM 3 comments: 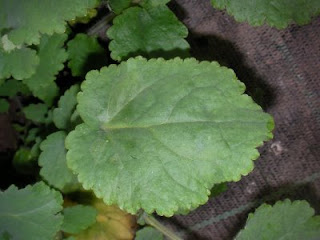 I posted a bit about this plant in January. As far as I know we are the only suppliers of this seed in the western world, all thanks to Joy Larkcom who has done so much for garden biodiversity. Her book on oriental vegetables is an inspiration to me. There are still so many new vegetables to grow and eat. I found a bit more information on this plant which is is also known in Japan. We have now cleaned and tested the seeds and they are ready to go. I grew them in the polytunnel last year but I am going to try them outside now, along with other useful winter greens like lamb's lettuce, land cress, coriander, texsel, winter purslane, We are starting to harvest peas now which leaves nice clean empty beds in the garden.
Posted by Madeline McKeever at 1:47 AM No comments: 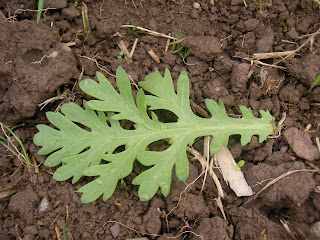 We should have these on the catalogue next year if we manage not to eat them all. 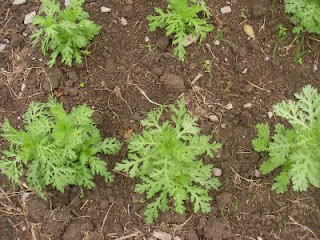 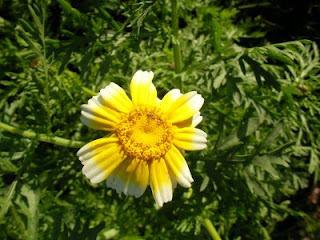 Chopsuey Greens (Chrysanthemum coronarium),or edible chrysanthemums as they are also known as, have deeply lobed dark green leaves with a unique aromatic flavour that is impossible to describe. They are quick and easy to grow and not bothered by slugs. Sown directly in the ground or started in modules they will be ready to harvest in about six weeks, when the plants are about 20cm high. They can be used a bit like spinach in stir fries or salads. In Japan, where they are popular, they are called Shungiku and used in dishes such as sukiyaki and westernised Chinese dishes such as chopsuey. The flowers are attractive in the vegetable patch but by the time the plants are flowering the leaves have become bitter.
Posted by Madeline McKeever at 1:02 AM 2 comments:

Tom Wagner to present workshop on potato and tomato breeding 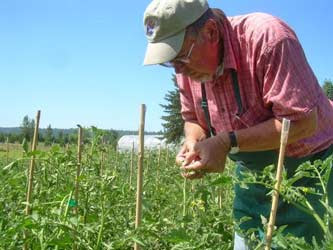 Tom Wagner is coming here to do a workshop here at Brown Envelope Seeds, on potato and tomato breeding. The workshop will take place over the weekend of the 17th and 18th of October 2009. It costs €80.
If you would like to come to the workshop email me at madsmckeever@eircom.net or comment on the blog.
It will be a really great weekend and hopefully a good chance to network with other seedy characters.

He is touring France in September and giving workshops there, before moving on to Denmark and Germany, then he will be in Ireland before visiting the Isle of Man where his grandfather came from, and finally the UK. 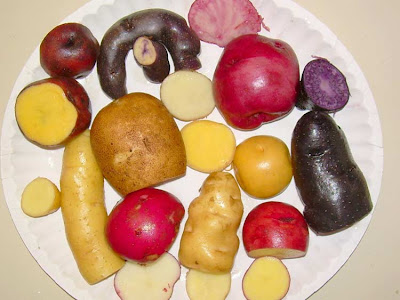 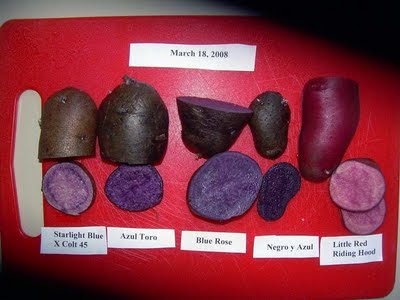 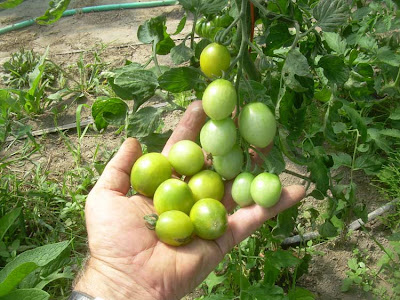 Workshop fees will go towards Tom’s travel in Europe and to free up important new seeds to be introduced. As Tom devotes more and more of his time to being a seed ambassador of sorts, these fees will help continue his workshops towards the future.

Posted by Madeline McKeever at 3:49 PM No comments:

John Dolan has organised a community agriculture project and I bought a 1/10 acre share in an oat crop that Denis Holland is growing on his farm near Ahakista. It is a beautiful spot. We went to see it on Sunday and it seems to be growing really well. Denis hopes to cut it with a reaper and binder and thresh it in his steam threshing machine some time around the beginning of August. My share should provide a years supply of porridge for six people.
Read more about it on: foodculturewestcork 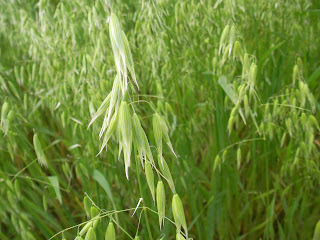 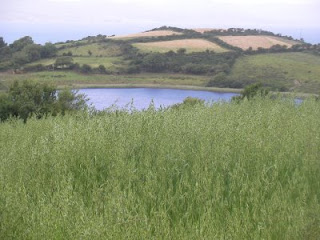 Posted by Madeline McKeever at 1:25 PM No comments: 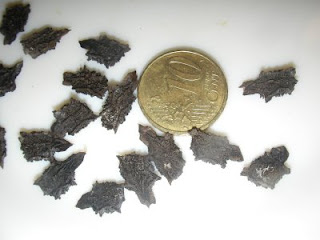 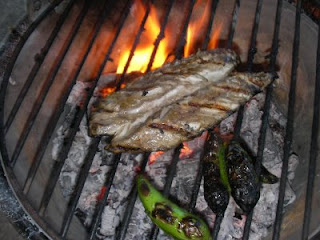 The Achocha seeds I got from The Irish Seed Savers Association all came up and got planted in gaps around the tunnel, which they seem intent on taking over in a trifid-like way. The tiny cream flowers develop small fruit which grow to a couple of inches and fill with strangely shaped black seeds. The plants have hit the roof. I have no idea what to do with the fruit - other than extract the seeds and sell them. We tried barbecuing them with mackrel which was fairly successful. Anyone else got any ideas? 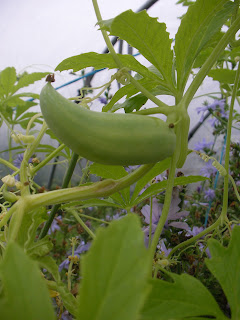 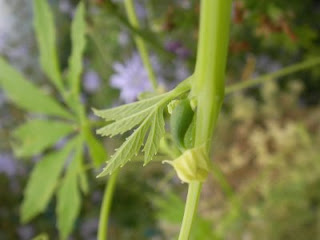 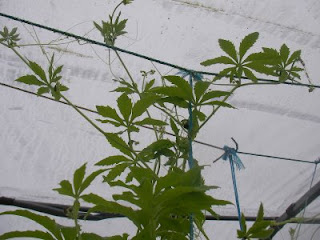