Brown Envelope Seeds has been nominated for the West Cork Artisan Food Awards. We are so excited. What would we do with €5,000? Suggestions please. The photos are of our cat and some kiwanos. 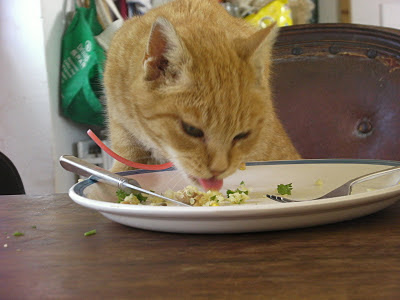 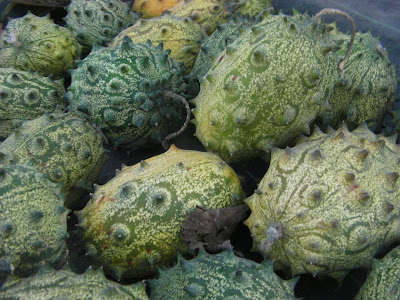 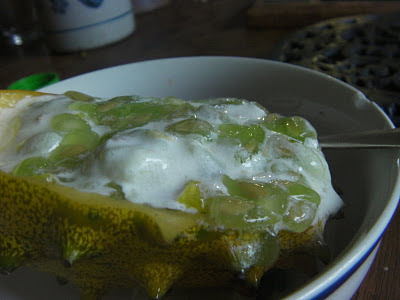 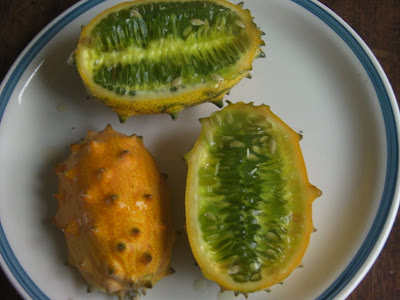 We celebrated the arrival of the 2012 Brown Envelope Seeds catalogue and calendar at the opening of Sonia Caldwell's exhibition of paintings last night ( Friday 11th of November) at the Riverside Cafe in Skibbereen. The exhibition was opened by horticulturist Kitty Scully of RTE's 'How to create a garden'. We made it our Christmas party and stayed on for a delicious meal. Thanks to all at the Riverside that made it a great evening. Both the calendar and catalogue are illustrated with Sonia's watercolours of vegetables and their flowers. The calendar is available directly from Soniasoniacaldwell@eircom.net, and the catalogue is available from seeds@brownenvelopeseeeds.com and the seeds are available from www.brownenvelopeseeds.com 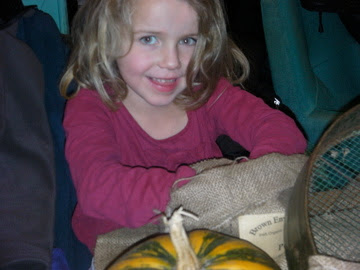 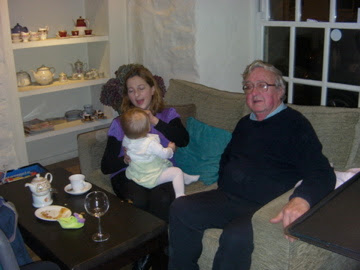 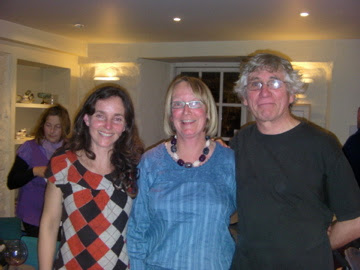 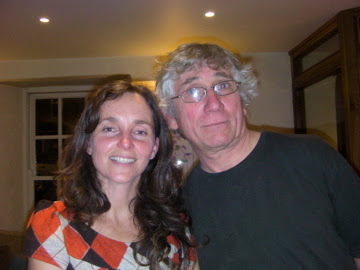 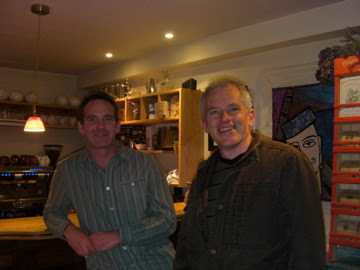 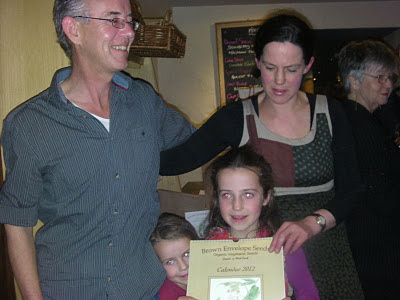 Sonia, Eamon, Caoimhe and Ailbhe (hope I have spelt them correctly) 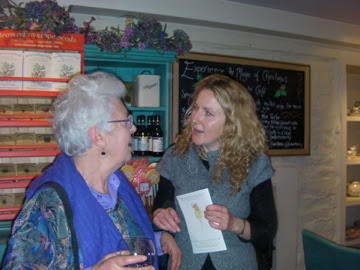 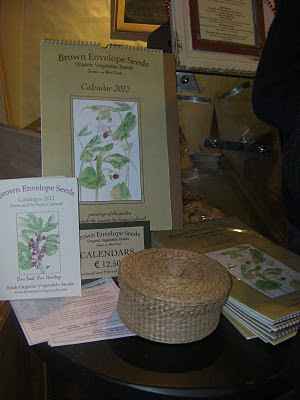 Posted by Madeline McKeever at 6:59 AM 2 comments:

The 2012 catalogue is going to print this week. It will be the most beautiful one yet with this painting of the Crimson Flowered Broad Bean by Sonia Caldwell on the cover. 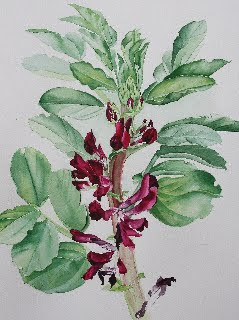 Sonia is producing a Brown Envelope Seed calendar this year. To get one of these you can email Sonia directly at soniacaldwell(at)eircom.net They will also be for sale at all the best garden centres.
I love the story of how the Crimson flowered Broad Bean was saved from extinction by a Miss Cutbush who gave four seeds to the Heritage Seed Library in 1978. There is a great review of it by independent plant breeder, blogger and musician Rebsie Fairholm here. I see it as a symbol of survival, and of our biodiverse and global heritage of garden varieties. It occurred to me during the year that vegetables divide up into groups according to their ethnic origins and by the time of year they are sown. Well sort of, so the catalogue is arranged in these groups which I have given names like the 'woodlanders' and the 'fertile crescenters'. It is a bit like the way they move all the things around in the supermarket, so that you see things you might ordinarily miss.
The Crimson Flowered Broad Bean had a good year here. It seemed perfectly happy with the the cool dry spring followed by the cool and relatively dry summer. The critical part of broad bean seed growing is when chocolate spot hits. If the leaves blackened by the fungus lie on the pods they transmit the fungus to them and the pods begin to rot marking the beans inside and in come cases causing them to rot. We harvest the plants whole, as soon as it chocolate spot hits and hang the plants up to dry. Dry weather makes it a lot easier to get the crop in without damage. It takes us about 3 square metres to grow a kg of broad bean seed and the Crimson Flowered broad bean yielded a little better than the Bowlands Beauty even though it was on a less fertile patch. That is a about 3.5T/Ha, I think.
Posted by Madeline McKeever at 11:53 AM 1 comment: