'The credit crisis is making the European consumer ingenious. More and more people are growing their own vegetables. Shown in research done by eBay, where the distribution pattern of vegetable seeds from January- March 2009 was compared with the previous year. In Germany sales rose by 40%, but also other Europeans seem to be growing their own veg.

In Austria the sales of seeds rose by 17%, in Italy 30% and the French bought 32% more vegetable seeds. In Great Britain sales increased by 37%. The biggest risers have not yet been mentioned. In Ireland, Poland and Spain the sale of vegetable seeds rose respectively 125, 103 and 71%.'
Certainly we have had a good year, but I don't think it was that good! Too busy to do the numbers.
Posted by Madeline McKeever at 12:22 AM 2 comments: 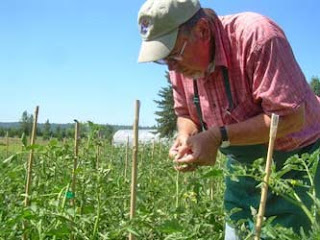 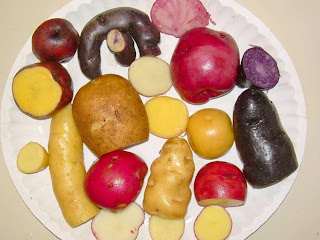 Posted by Madeline McKeever at 12:05 AM 2 comments: 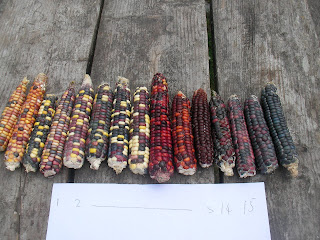 I sowed the Painted mountain corn this week. I took the best 15 cobs fro last year and took 15 kernels from each. I arranged them so that the grains from each cob formed a row with the lighter coloured ones at one end of the bed and the darker ones at the other. I don't know how colour is inherited in corn and I'm not sure this little experiment will tell me much but I am looking forward to laying the cobs out and seeing if there is any pattern to it. 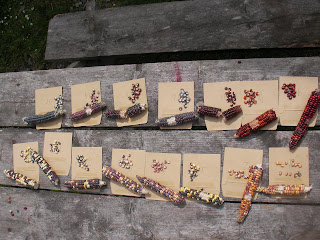 Now that that is done I am going to grind some of the rest and make polenta.
Posted by Madeline McKeever at 3:53 PM 5 comments:

A few pictures of the Open Day 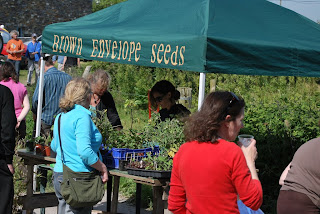 The plant sale made over €3oo for Growing Awareness 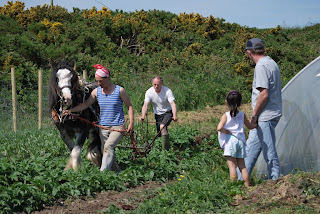 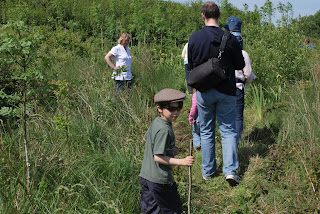 A walk in the wood 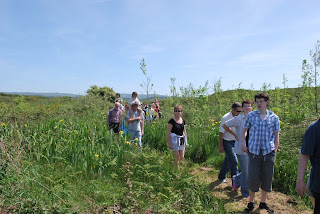 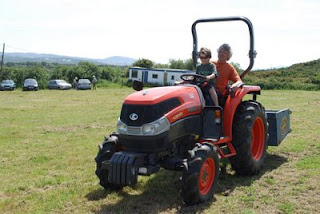 These pictures were taken by Tom Atkins, who teaches the distance learning course at The Organic College Thanks Tom, I was too demented to take any. If anyone else has any more I could put them up, one or two of the Rhian and Hazel with the strawberry scones would be nice.
Posted by Madeline McKeever at 3:05 PM No comments: