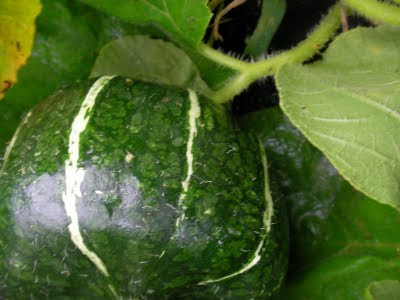 This year's squash have done Ok. The wet August went against them but the warmth in July was enough for them to make a crop. time will tell if the seeds are good, this week's sun will have helped a lot. 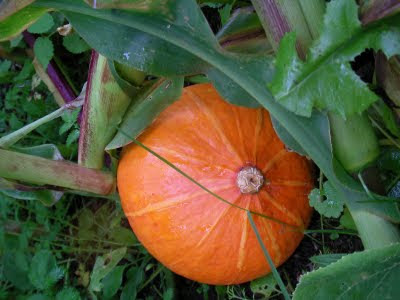 It is a bit confusing remembering the names of squash and which ones cross with which. The green Buttercup in the top picture is Cucurbita maxima, as is the orange, Ushiki Kuri, in the next picture, and would cross with it. 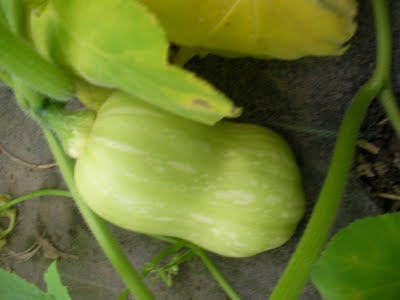 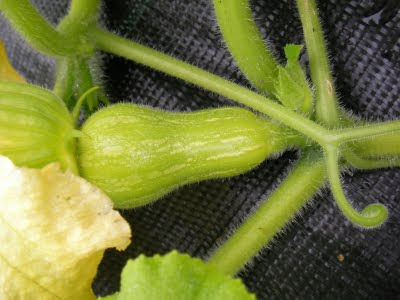 The Butternut squash, above, growing outside have set some fruit, as they did last year. However last year's did not have any seed in them and any seed we got was in the tunnel produced Butternuts. The plants in the tunnel are further along than those outside. They are Cucurbita moschata and only cross with other beige coloured squash. 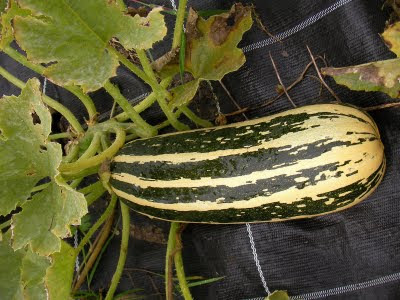 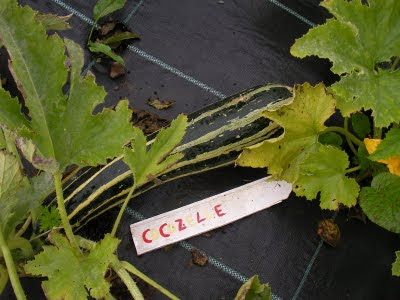 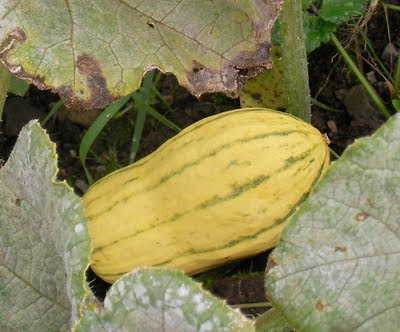 The Cocozelle courgettes, which are Cucurbita pepo, in the polytunnel are very different to the Green Bush down in the orchard, (also pepo) which are shorter and fatter. I will be interested to see how different they will be to eat. I am assured by some people that they are completely different. I won't be taking the seeds out for a while yet as I think they are still maturing inside the fruit. We are growing a third pepo variety, Delicata. I haven't grown them for a few years. Most of the plants have got mildew on them now but a few are growing strongly
Posted by Madeline McKeever at 11:32 AM